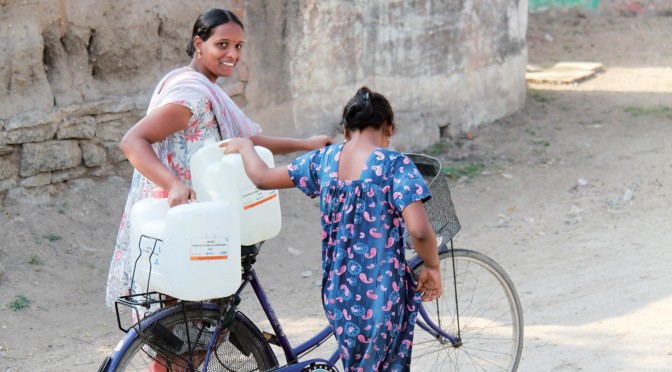 The film crews have gone, the Bollywood actors and actresses have withdrawn with sighs of relief and renewed commitment, the village women have left their hiding places and swept up, the village men have chortled yet again about when the chicken sat(?) on the camera lens and Normal Life has returned to a settlement in the Indian state of Odisha. Oh, and the chicken still clucks around, head-up.

A Bollywood-style film on safe water has been in preparation in India, with the stimulus of ‘One Drop’, a somewhat classical Canadian NGO with the difference of some hefty funding. We filmed the filming of this ‘social arts initiative’ for the 300in6 video suite.

Due for release in mid-2014, the film has been attracting much attention in some communities of practice of behaviour change. Will the chemistry of artists, engineers and health workers work? Worth a try. Coming soon to a screen near you.