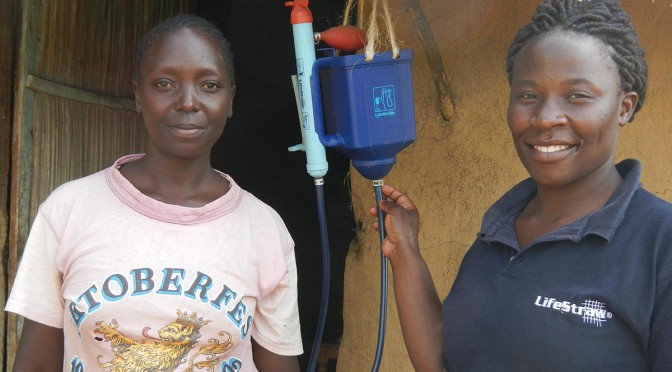 At last! The first round of testing was announced today for the International Scheme to Evaluate Household Water Treatment Technologies, established by the WHO in the spring of 2013. After detailed preparation of protocols, the closing date for this round is a tad sudden: 10 March 2014.

The scheme assesses the performance of HWTS products – to be tested in independent labs – in removing bacteria, viruses and protozoa from water intended for drinking.

With governments and UN agencies its prime beneficiaries, it’s important to note the international nature of the scheme. Implicitly, The level of national standards could differ, when governments can establish them, and their enforcement locally is a whole other issue.

So, here we have it, the benchmark has come. Speaking ergonomically, we may sometimes grumble at the way some HWTS devices require the user to climb and clamber in the kitchen to pour water down to a filter, but, hey, in terms of standards, the higher the better.

General inquiries on the Scheme to Maggie Montgomery (montgomerym@who.int)